Danbana has shown plenty of ability in track work from the day of his first gallop at Flemington. A lovely long striding horse, this son of brilliant UK sire DANSILI is a strikingly attractive gelding too, giving connections and all of us at the stable much hope for his future. However on race day he has disappointed us – until Tuesday!

Danbana was purchased at the 2016 Inglis Premier Sale from the draft of Blue Gum Farm, on behalf of a group of clients who were looking for a staying prospect. Being by Dansili out of a stakes-placed mare by SHIROCCO (a son of Monsun), his pedigree certainly suited that criteria and his type. But by his fifth and sixth start, Nigel had assessed Danbana as a sprinting type rather than a staying type – requiring a couple more runs that campaign to prove the theory and try a few different things on the training track.

As is so often the case, it takes time for horses to mature and then some time to work out the best training approach for different horses. They are not machines. Add a few little challenges along the way (Danbana severely cast himself in his box early last year and has experienced some health issues) and suddenly a horse turns four years of age and you wonder where the time has gone!

However, Danbana is a “young” four and typical of European bloodlines – maturing slowly mentally and physically. Combined with our relocation to Ballarat which has provided a more suitable environment for Danbana, and a training regime to suit our “sprinter/miler”, Danbana was again starting to show promise in a couple of jump outs this year.

In the 1000m Haymarket Ballarat Maiden at Ballarat, we saw Danbana settle comfortably in the run without pulling or wanting to get the race over and done with quickly. For the first time in his career, this allowed him to finish off his race in strong fashion to score a comfortable win. 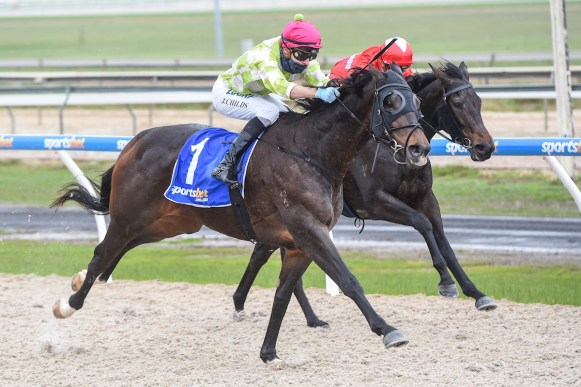 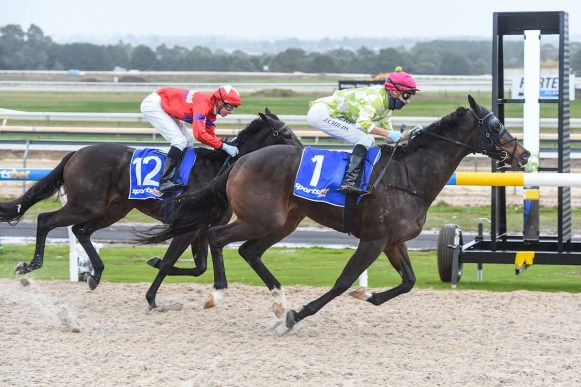 Jordan Childs deserves some praise here as he has been working with the stable at Ballarat and forming a good bond with some of our runners, including Danbana. Thanks Jordan.

There is no doubt that horses can often disappoint. But it is more confounding when a horse displays much talent on the training track yet fails to deliver in races. So the effort that our staff has put into Danbana over the last year in particular, and the patience that owners have shown, all makes this one of the more rewarding maiden victories of the year for us. Hopefully we now see Danbana progress further with more victories. Connections may no longer have a stayer, but they now have a winner and horse again showing promise.