The strong form of our horses at Sportsbet-Ballarat on the synthetic surface continued on Tuesday when Danbana overcame a wide barrier to lead all the way in the Hygain Winners Choice Handicap.

Drawing barrier 13 proved of little concern when Danbana showed his customary fast gate speed to find himself in the lead and unchallenged. This was not the plan, but such was Danbana’s clean jump from the barriers, rider Jordan Childs was not going to give up that advantage to drag him back behind other runners.

In this grade, and certainly on this track, it is often a big advantage to be on or near the speed if there are few challenges early in the race. Jordan was still able to settle Danbana in the middle stages of the race and he quickly put a length on his rivals at the top of the straight, and was never headed.

Danbana is a lovely big striding horse who travels deceptively strongly in the run. Whilst his previous win was from the rear of the field, Danbana has shown a trait that he can pull a little and waste some energy when restrained. But over his career, Nigel, jockeys and track riders (particularly regular rider Chris) have taught him the tricks of the trade, and with maturity he seems to be improving each run. His length and efficiency of stride is an asset, and such an asset can often be rewarded when on the pace.

“It wasn’t our intention to lead but he jumped so well for a big horse. I thought Jordan responded perfectly to have Danbana lead comfortably and I am glad this win is another reward for his ownership group who have stuck with him.” – Nigel

The win further justifies the decision in late 2018 to stick with the shorter form races for Danbana. After trying him over 2100m at one point based on type and pedigree, Nigel quickly decided that was not his go. Since changing training routines and treating him as a sprinter, Danbana has raced six times for two wins, two placings and a fourth and sixth. 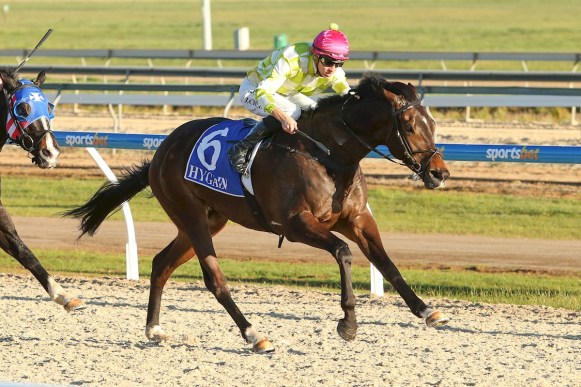 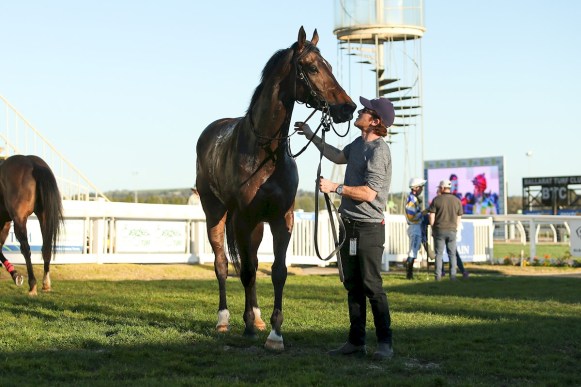 Danbana is a sound five year old gelding, only now approaching maturity in mind and body. Let’s hope for more wins and success working through the grades.