It was another successful day at Ballarat on Tuesday, again on the synthetic surface, as we walked home (literally) with another winner. Sheet Lighting followed up his good performances earlier this campaign, with a solid victory to delight his owners and our stable.

Sheet Lighting was an obscure purchase, you could say, being by little known stallion FULLY FLEDGED (by Align). Offered in Cambridge Stud’s draft of the 2017 NZ Bloodstock Karaka Yearling Sale, Nigel selected and purchased this brother to talented NZ filly SHEES FLAWLESS (G3 Cambridge Breeders Stakes). Shees Flawless was sadly struck by lightning and died, just as she was reaching her peak on the racetrack. Hence her brother’s name. After two “OK” performances at his first racing campaign in late 2018, Sheet Lightning showed his immaturity at Geelong at this third start. But after a good break and a terrific campaign leading to his return to racing in June, it was clear Sheet Lightning was a stronger, more mature and robust gelding.

A little fresh and too keen in his first-up race at Swan Hill, Sheet Lighting followed up with two good placings at Ballarat (Synthetic). Again at Ballarat on Tuesday, he was ready to win and win he did.

Linda Meech rode a great race, keeping Sheet Lightning balanced and building momentum approaching the corner. Finding the front early in the straight can be fraught with danger, but not necessarily on this track. Momentum from the 800m into the home straight is the key to our success on the synthetic surface in recent weeks, and Sheet Lighting became our sixth winner on the track since its inception. 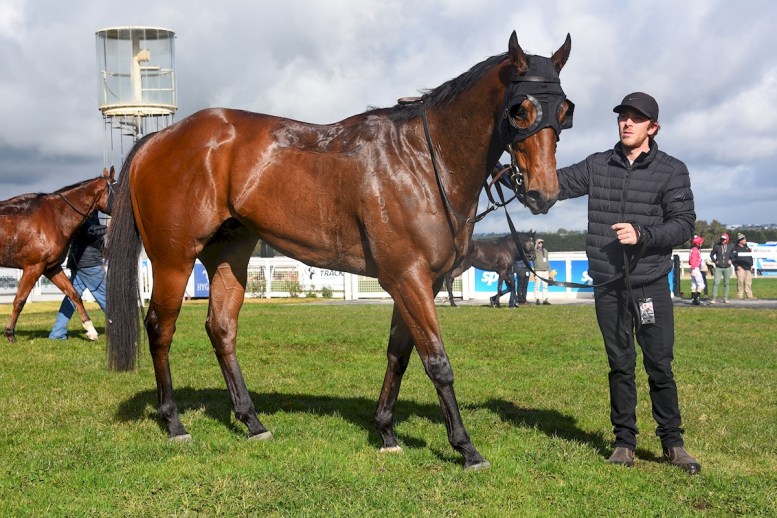 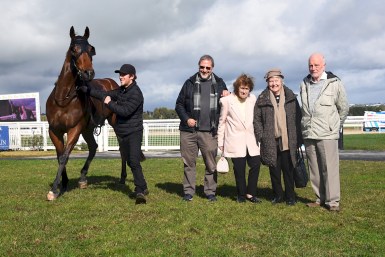 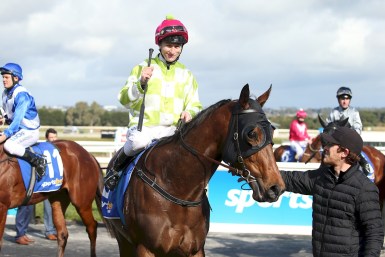 Thanks to the group owners who supported Nigel in this speculative purchase a couple of years ago, especially Andy Denadic and Olive. Without their support to buy a sizeable percentage of the then colt, we could not have offered him to other clients and to the public.

We very much hope Sheet Lighting continues to progress in time. He has a lot more development to come, physically and mentally.