Heading to Sportsbet-Ballarat on Sunday, owner/breeder Ross Wilkinson was expecting a good run from his three-year-old gelding PROTECTION MONEY, but not necessarily expecting a win.

Protection Money’s jump outs were very good for miler+ type returning to the races. He closed nicely in the concluding stages of his last jump out on the Polytrack at Ballarat, proving to Nigel and Ross that this son of Aquis Farm’s Domesday had returned stronger and more mature than last preparation.

However, the manner and ease of Protection Money’s victory in the Pipe Pro Directional Drilling Maiden Plate (1400m) was a pleasant surprise for Ross, Nigel and regular track-rider and Foreman Chris who walked him over to his “home track”.

Early in the race, rider Jamie Mott had Protection Money comfortably balanced and in a good rhythm, despite being posted a little deep. Jamie is riding in superb form at the moment, but throughout his career he has been a cool, calm, talented jockey. This was on show when he allowed Protection Money to gradually slot in to a nice position a couple of lengths from the leaders, without bustling him nor restraining him back.

From the 600m mark and turning into the home straight, the race was all over. Believing Protection Money will be better suited over longer distances, Jamie’s decision to let his mount build momentum and take the lead at the top of the straight, despite doing it alone in front, paid off. The winning margin or more than two lengths was deserved. 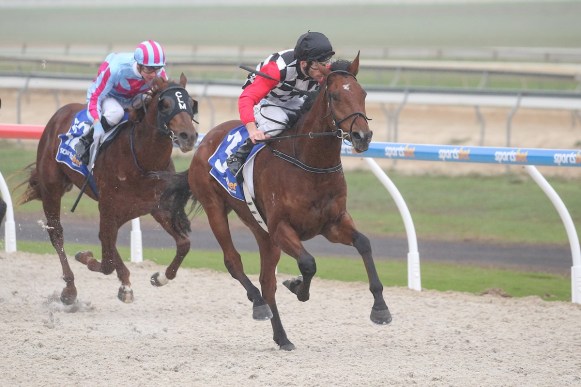 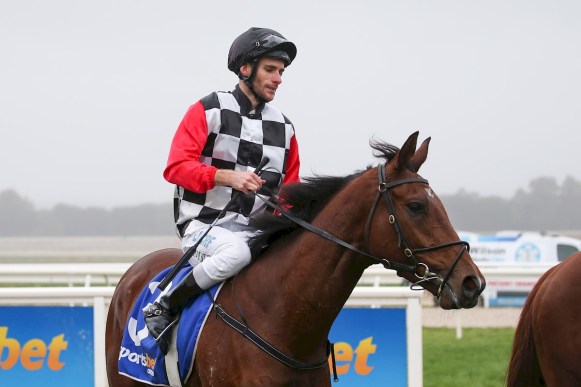 Protection Money is the sixth winner (from six runners) out of the good mare DEEP IN THE WOODS. This is a great record for Ross and the late Sandra Lawrence as they have bred and raced almost this entire family descending from the Touching Wood mare OUT OF THE WOODS.

Interestingly, Balaclava Lady is the dam of BALARENTE LAD who won at Ballarat on the same day as Protection Money. Pas De Retraite is the dam of the very talented LADY OF FLANDERS who returned to racing a couple of weeks ago with a strong second at Sandown. Look out for her this preparation!

Congratulations Ross on your win, here’s hoping for many more.