Purchased by the stable as a yearling for $75,000 at the Inglis Melbourne Premier Yearling Sale, it is pleasing to see him convert on the promise he showed in the Spring. That campaign culminated in a run in the VRC Derby (unfortunately on a very heavy surface), which really toughened our son of Helmet both physically and mentally.

First up at Sandown over a mile a few weeks ago he managed to time a centimetre perfect run to claim the race, shaking his maiden tag. It was a strong run over the mile, a credit to our training facilities at Ballarat to be able to produce fit, competitive horses early in a preparation over a distance.

Craig Williams reported that racing him near the speed first-up and over a mile is not the best place for him, but we was too talented and powerful when it mattered most. Improving from his maiden win and with a nice gap in runs, he was impressive winning the Bet365 Racing Refunds BM64 Handicap at Geelong over 1715m, on Sunday 26 April.

He definitely took improvement between runs, however there was some concern with the track at Geelong being a little softer than ideal for the horse. In the Derby he lost his action in what was a very heavy surface. Yet, with an unhindered run from a nice position, Translator demonstrated his ability in taking the lead in the home straight. Kicking clear, the race became a comfortable watch as he won by a length. 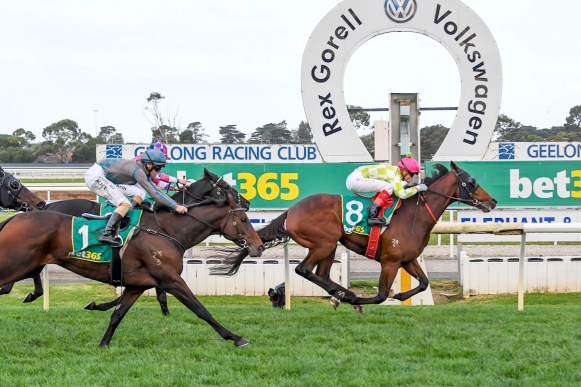 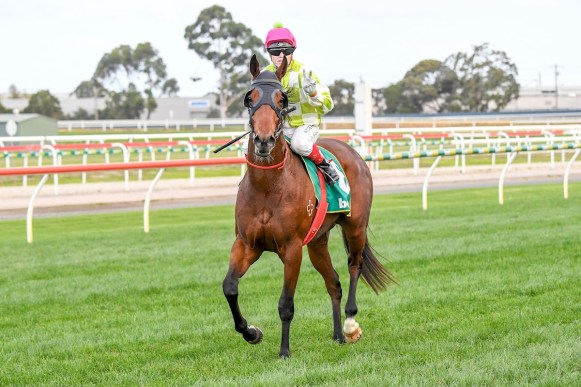 The word progressive  seems appropriate in describing Translator. Increases in distance through his preparation and firmer ground than today are likely to see him improve further. In addition to further race experience and learning his craft.

Thanks again to Craig Williams for a typically professional ride. From a nice draw he was able to position the horse positively and never lose momentum when his opportunity presented. With Geelong being such a nice spacious track momentum is so important and that was a key to Translators victory.

Given he was well supported in the market we hope that there were a few followers of the stable able to share the success! 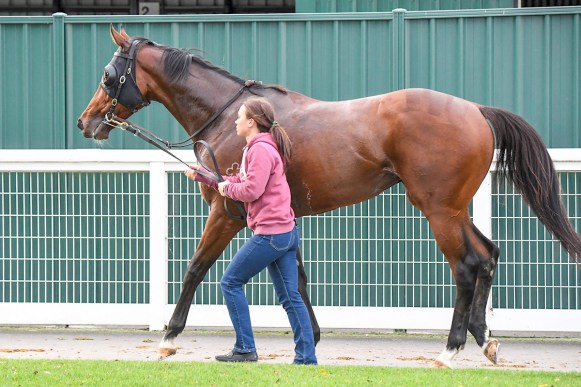 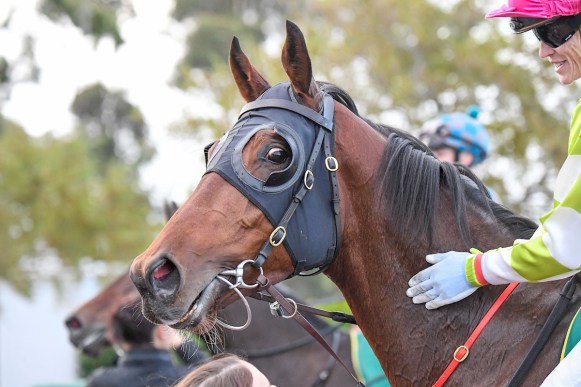 He could have been very competitive at Flemington on Saturday, a race he was nominated for. However, winning the BM64 at Geelong should result in his rating only rising to around 65 or 66, allowing Nigel to more confidently target the lucrative Super VOBIS Mahogany Stayers series that commences in late May. The distance range (2000-2400m), the good prize money on offer and being restricted to 3YOs makes that series very appealing.

Translator has a nice future through the winter months and will hopefully provide some excitement for some loyal and passionate owners in what are testing times for many. Thanks again to the owners with whom we are sharing this success.

With the win today, Translator brought up the fourth winner for the stable for the month from only 15 runners, with several other good performances suggesting a fruitful winter lies ahead.