It has been a great week for owner Ross Wilkinson with two of his charges scoring victories.

Last Saturday, three-year-old gelding California Sunset scored his maiden win leading from barrier to post. Today at Donald, Protection Money won his second race stepping up to his ideal distance range. Both horses benefited from flawless rides by emerging jockey Will Price who is certainly in the good books!

California Sunset (3yo G by Manhattan Rain out of Shilly Shally Miss) was having his fourth race start, his first after a lengthly spell post a debut racing preparation. During his 42 weeks off the racetrack, California Sunset had two operations to remove a growth in his throat. But great veterinary care and a willing heart helped return Ross’ gelding stronger and ready to win at Horsham.

Jumping cleanly from the gates, Will Price controlled the race from the front and California Sunset remained strong at the finish to repel late challenges. 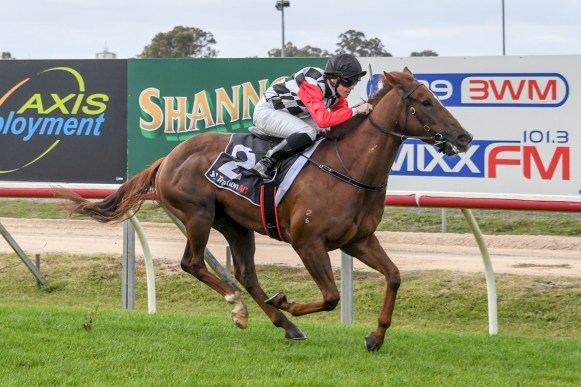 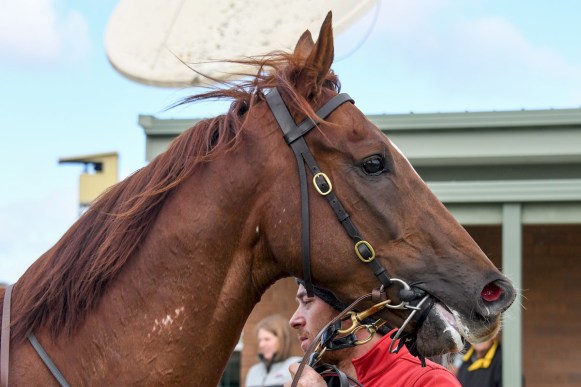 More importantly, it’s great to see Shilly Shally Miss produce her first winner. She herself is a daughter of Out of the Woods – dam of nine foals, all winners – and half-sister to Group-performer Deep in the Woods – dam of six winners.

Speaking of Deep in the Woods, one of her sons is Protection Money (by Domesday). His victory at Donald was his second win, and first at what Nigel thinks is his pet distance.

The writing was on the wall at his previous start over 1450m at Kyneton with a solid finish to make up around four lengths in the straight. Stepping up to 2000m on the more spacious track at Donald was to his liking. 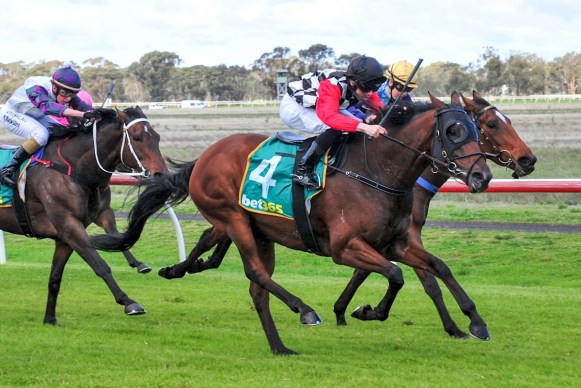 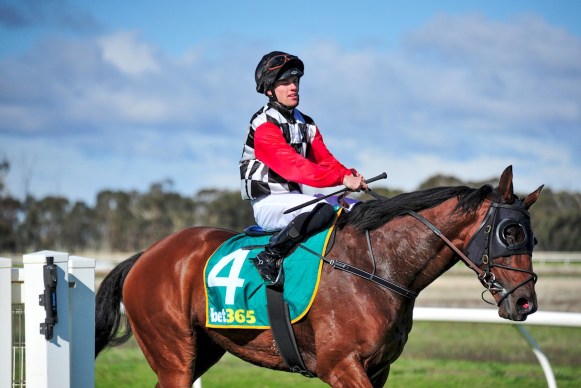 Followers of the stable will be very familiar with this family that Ross and the late Sandra Lawrence, has developed over the years. Tiny’s Legacy, Balaclava Lady and her son Balarente Lad, Arthurian, Viking Ransom, Woodwin, Buzzwin and Pas De Retraite and her daughter Lady of Flanders, all descend from the good producer Out of the Woods. All winners, raced by Ross and Sandra and trained by the stable.

Special mention to Will Price who rode both winners. His performances, particularly four winners at Donald, belies his age and experience. Not only is he a rider in form, but a rider of the future.