From Newmarket and Dubai, to Flemington and now Ballarat,  Nigel has developed his craft to establish Blackiston Racing as a consistent home of winners, owner engagement, integrity and horse welfare.

Soon after moving with his family to Newmarket (UK) when he was 13, Nigel decided he wanted to be part of the thoroughbred industry that made Newmarket so famous. He landed a part-time job and jockey apprenticeship with prominent trainer Captain Bruce Hobbs.

Unfortunately height and weight was to be the end of his career as a jockey, but the determination to be involved in racing never wavered. His first foray in to the training aspect of racing was as traveling head lad for trainer Anthony Hide at Newmarket.

Determined to spread his wings, Nigel took flight to be involved in the setting up of racing in Dubai. He fulfilled the position as Assistant Trainer to William Mather for HRH Maktoum Bin Rashid Al Maktoum, ruling family of Dubai.

After a fascinating four years studying the training methods of William Mather, Nigel focused his interests on Australian racing.

Nigel was soon presented with his first opportunity to hold his own license as private trainer for Emirates Park Stud in the Hunter Valley, New South Wales. He was reacquainted with His Excellency Nasser Lootah. They had previously met in Dubai. Nigel quickly became one of the leading trainers in the North and North Western Districts of NSW, establishing himself against future Group one winning trainers in Tim Martin and Paul Perry.

In 1996 Bart Cummings approached Nigel to return to Melbourne to take the role of Foreman. This offered the opportunity to play pivotal roles in the careers of Saintly, Rogan Josh, Dane Ripper, Catalan Opening and Alfa, among many others.

Within a few years Nigel and his wife Susanna were keen to pursue their dream of running their own business. Nigel obtained his trainer's license in the 1999-2000 season and established a private training complex at Cranbourne. In 2003 Nigel re-located to a complex on the course at Flemington.

A long list of stakes-winners have been trained out of the Blackiston Racing stable at Flemington, led by Group One winners Littorio and Suavito.

In 2019, the stable relocates to Ballarat, and exciting move designed to provide the very best training facilities for horses under our care. 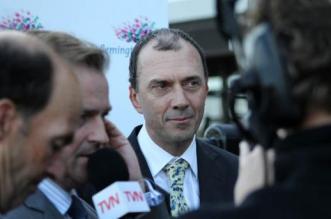