We are over the moon to get another win with consistent mare Shock Shock.

She was dependable last preparation placing six times. However third up today she managed to win nicely on Ballarat’s synthetic track. We know she handles the synthetic track well from her work at home, so it is pleasing to see the home ground advantage come to fruition. The plan today with Shock Shock was to be positive from barrier one, happy to lead or be comfortable in the first few. However she is a mare that sometimes travels too keen up front and fails to finish off the final 100m of her race. So we were hoping the extra attention from our team to teach her to settle in her races, would pay off.

Equally so, she needs to keep building momentum through her run. In form rider Will Price adapted well through the race and timed a sustained run perfectly, a significant factor in her win. 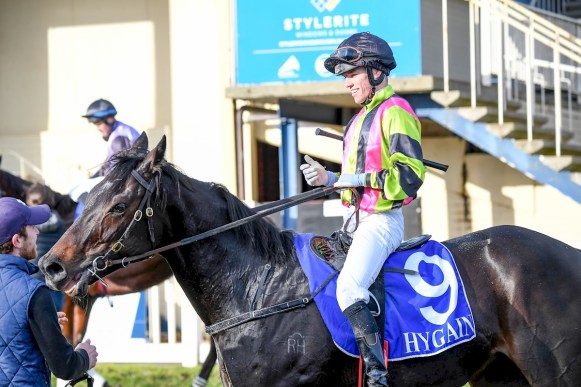 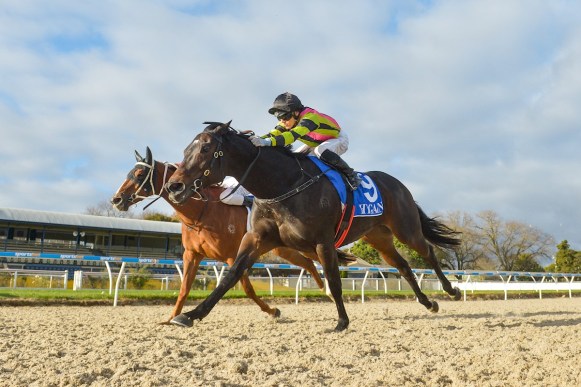 Ultimately it was a great reward for patience with Shock Shock being a month between runs, but today was clearly the right race for her.

Shock Shock is raced on a lease from John Thompson and Rich Hill Stud, being a daughter of their resident stallion Shocking and a half-sister to Group-winner Polzeath. Her win today continued a nice run for stable clients led by Ian and Karyn Lewis, who also had Diaquin run well at Flemington yesterday.